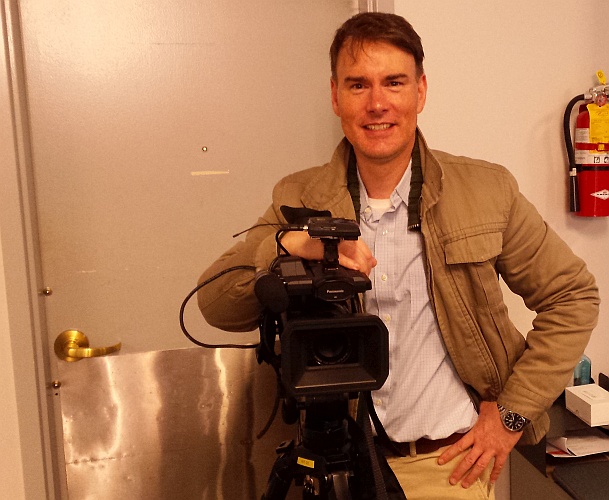 I recently spent a fun couple of hours at Waterfront Station with St John Alexander of CTV News Vancouver. He was working on a short series of stories on some of Vancouver’s most haunted places. And his specific interest was on the Orpheum Theatre, the Old Spaghetti Factory in Gastown and, of course, Waterfront Station.

I agreed to share my knowledge of the station’s ghosts with him. I also arranged to get us into a third-floor office in the station where strange things have occurred.

St John (pronounced sin-jin) and I met up outside Waterfront Station toward the end of a rainy afternoon. When I got there I was surprised to see him do his own camera work. Other TV reporters I’ve worked with have had camera operators with them. But St John explained that all CTV News reporters now do their own videoing.

Read About the Shoot

I watched as St John took some exterior shots of the building. He then had me present an introduction about the station and its ghosts to the camera. After that, we moved indoors and went up to a passageway on the third floor. This passage is next to an office where a frightening thing happened to an employee in 2013.

While St John took various shots of the hallway, we bumped into an employee of the office in question. He enlisted her help to video some short scenes to recreate the haunting experience from a few years back. She was a trooper! We then set up the camera and me on a staircase so I could describe the paranormal incident.

With permission from a friend who co-owns the business, we moved into the office to do some further shots. We then wrapped up and I parted from St John in the parking lot outside. He said he was going to do a few more exterior shots after I left. But the rain was heavy at that point, so I don’t know if he was able to carry on.

It was a great experience working with St John. He’s an intensely energetic, witty, and fun-loving guy. He was into the paranormal vibe and was obviously having fun with the assignment. I admire his creative skills with the camera and in directing. It’s a lot of things to juggle by himself! 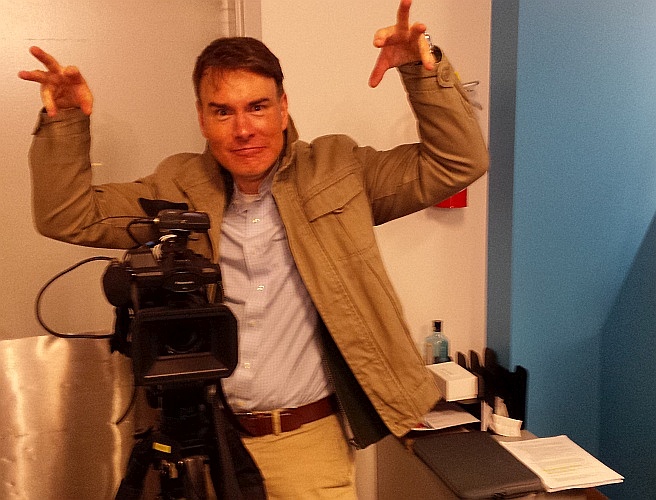