An Apparition on Alexander Street

In September 2010, I received an email from Steve Bolton, a Vancouver-based photographer who specializes in portfolio photography for models and actors (for samples of his excellent work, see Lone Wolf Photography). He wrote to tell me about an apparition he caught on camera during a photo shoot in Gastown earlier that summer. On July 2, 2010, Steve took some black and white digital photos of a model sitting on the steps by the Alexander Street (i.e., north) entrance of the Hotel Europe. Later that day, when he was reviewing the photographs, he noticed a strange image of someone reflected in the glass in the door over the model’s right shoulder. He noticed that the apparition’s face was featureless and that it was wearing some sort of cap and coat. What also amazed him was that the figure appeared to have no legs! When he later spoke with the model and told her about the image in the reflection, she told him she clearly remembered that, other than Steve himself, nobody had been standing in the street across from her when the photos were taken. (Note: It was a cloudy Sunday on the July long weekend, which explains why the street was relatively quiet for passers-by.)

With Steve’s permission, I’ve posted a small copy of the photograph, below, plus a zoom-in of the top left portion of the image that shows the apparition reflected in the glass of the door. At first glance, you might think that the apparition is sitting on some steps at the building across the street from the Hotel Europe. This is not the case, however. What look like steps are actually a reflection of three strips of light gray bricks that are in-laid in the red-brown brick sidewalk in front of a vehicle entrance to the building at 27 Alexander Street. Once you grasp this, you can appreciate that the apparition is actually standing, not sitting, and that its legs are missing. Assuming that the photograph hasn’t been tampered with or hoaxed in some way, which Steve assured me that it has not been, the featureless face and missing legs seem to indicate that the reflection is of something paranormal.

But just who or what is the apparition that appears in the photo? Steve says that he believes the ghost to be that of a soldier or rail worker. The hat it’s wearing is interesting in that it looks much like an old-style peaked cap, perhaps military in nature. Could this be the ghost of a soldier who visited Vancouver at one time and met a sticky end on the streets of Gastown? Alternatively, is the figure wearing a rail worker’s cap? I ask this as I, too, speculate whether this apparition is that of the ghost of the rail worker who was killed on the CPR tracks, not far from this location (see the Waterfront Station page for more information). He is, after all, said to roam various parts of Gastown. If that were the case, however, we would expect to see a headless ghost, not a legless one. Some photographs of the B.C. Electric Railway Company taken in the early 1900s, available on the City of Vancouver Archives website, reveal that Vancouver’s electric tram drivers wore caps similar to this. Furthermore, there was a tram line that ran along Powell Street, on the south side of the Hotel Europe, with stops nearby. So, maybe this apparition is the ghost of a tram driver from that era. Is he, then, the same ghost who appears inside the trolley car at the Old Spaghetti Factory restaurant? Or is he the ghost who occasionally shows himself in the art store in the Hotel Europe? We may never know its actual identity, but this photographic evidence is truly fascinating and the best I’ve seen to date of a ghost of Vancouver. Great catch, Steve! 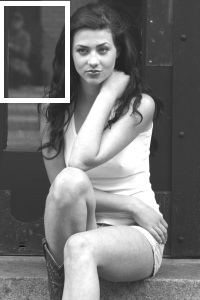 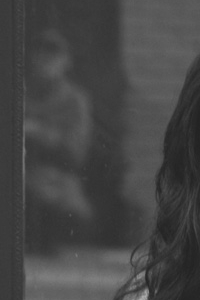