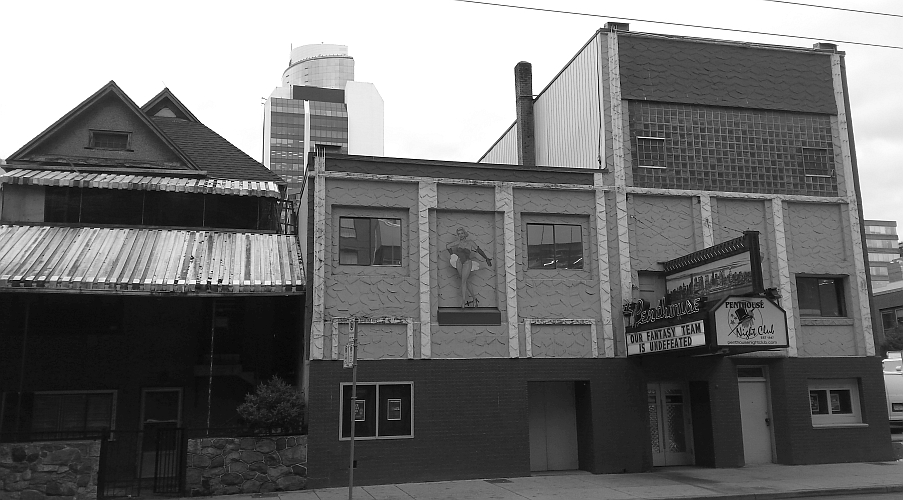 The Penthouse Night Club is one of Vancouver’s best-known strip clubs. In the 1940s and 1950s, this historical gem was a popular late-night drinking spot. When in town, such celebrities as Frank Sinatra and Bob Hope enjoyed after-show cocktails in The Penthouse’s VIP room. The night club started showing burlesque acts in the late 1950s. By the early 1970s it had become Vancouver’s most infamous nightclub. Businessmen and other patrons lined up to eat dinner in the “Steak Loft” upstairs and catch a naughty show.

In recent times, staff members report seeing a ghost in the club. For more background on The Penthouse and its haunting, see Ghosts of Vancouver: 41 Haunted Places.