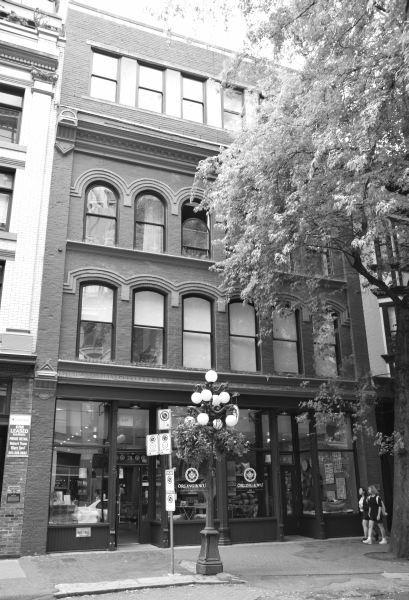 The four-storey brick building at 28 Water Street was built in 1903 and originally housed the Grand Hotel. It’s on the site of the earlier Granville Hotel, a wooden structure constructed in the 1860s. After the Grand Hotel closed in the 1970s, an antiques and curios store was located here — the Vancouver Flea Market. The building was renovated in 2008. It’s now occupied by a high-end gifts and housewares store on the ground floor and residential units on the upper floors.

A man named Tommy Roberts owned and operated the Grand Hotel for several years. He was shot dead during a poker game in Vancouver’s West End in 1918.

Years ago, when the Vancouver Flea Market was in business, an employee arrived one morning to find furniture items turned upside down. They weren’t arranged that way when the store closed the night before.

Some speculate that the ground floor is haunted by the ghost of Tommy Roberts, but there’s nothing to confirm this.