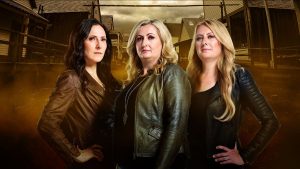 Haunted Gold Rush reveals compelling and unnerving stories of those who suffered an untimely demise on the winding gold-rush trail during the 1800s.

British Columbia’s Cariboo Gold Rush trail was a bustling, wild and often violent place in the 1800s. Today, the 650-km stretch of land is considered a hotspot for paranormal activity and has hundreds of stories of hauntings from more than a dozen locations. Ghost sightings along the trail are nothing new, but recently there have been numerous intense and dramatic reports.

In the two-part documentary, two sisters (Corine and Leanne) and their best friend (Kelly) have been called in to take an unprecedented road-trip and retrace British Columbia’s historic Gold Rush Trail, solving mysteries and witness hauntings along the way. The show features never-before-seen photos and video evidence of the suspected ghosts who haunt the historic towns within the trail.

Set your PVR to record, then grab some popcorn and enjoy the haunted ride along BC’s gold-rush trail! 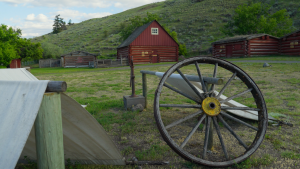